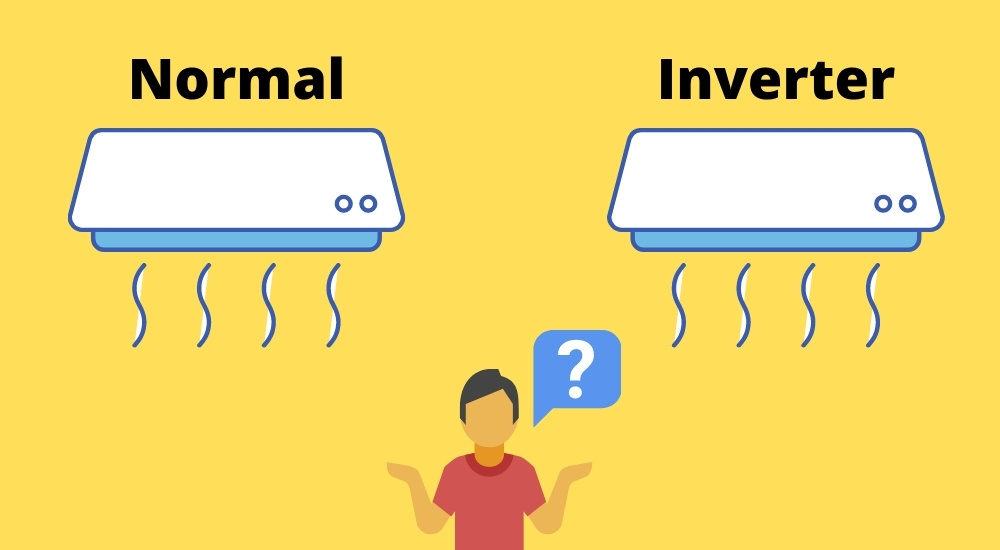 A few years earlier, new air conditioners were coming with inverter technology in it.

And the salesman sold you the AC with the advantages it holds, the electricity bills it can reduce on and the money it can save.

By any chance are the salesman claims true?

To find the difference between them you need to know the basics of how AC works.

Here we will take a split air conditioner for example

A split AC has two units – an outdoor unit & an indoor unit. And a coiling wire between them to circulate the refrigerant gas

The indoor unit has an evaporator and expansion valve

The outdoor unit has a condenser and compressor

There is coiling inside both units which is connected to each other making a big circuit.

Until now we discussed about components of AC

Now let’s look at the mechanism of refrigeration

The compressor also circulates the refrigerant throughout the coiling

Then refrigerant goes in the expansion valve which expands it – making it cooler.

This cooler refrigerant passes through the evaporator inside of the indoor unit – being cooler it absorbs heat from the room making it cool.

Again this refrigerant goes back in the compressor and the cycle goes on until the room inside attains the set temperature.

In the case of normal non inverter AC, when the set temperature is achieved the cycle shuts down by the compressor which itself shuts down

So AC produces no cooling at this point. Then the room temperature rises slowly

It again cools the room to the set temperature, then again shuts down and this cycle goes on and on.

With time the compressor goes ON & OFF.

After understanding how the normal AC works. Now let’s understand how an inverter AC works.

What is inverter AC? How does it work?

Everything is the same, every component used in the normal one is also used in an inverter AC.

While the compressor in an inverter AC can run on a variable frequency and variable speed making the refrigerant flow variable and cooling capacity also variable.

So a 1 inverter ton AC can cool the room by changing its compressor speed eventually changing the cooling capacity to work as 1.2 ton AC at peak performance or as 0.8 ton AC at the lowest performance

Also, the compressor does not shut off, it runs continuously.

Then the compressor slows down in speed instead of shutting down, it still cools the room but with low power eventually maintaining the optimum temperature without variance and also consuming less electricity.

The compressor speed can change according to the room temperature

1. It maintains a nearly constant temperature inside the room

2. Can cool the room faster in turbo mode where it increases its tonnage by increasing the compressor speed.

2. Can consume less power and less electricity if operated constantly for long hours

3. The compressor is less noisy as it does not goes ON & OFF making a noticeable noise

4. Can operate on variable voltage, making it work without a stabilizer to a certain range.

There is no such disadvantage of an inverter AC. Though it is a little more expensive than the normal AC

Which one to buy

There are two types of air conditioner – window & split

While in the case of split AC, companies have stopped manufacturing non inverter ACs.

So you are left only with split inverter ACs.

Inverter technology in air conditioning is the biggest innovation in a decade.

In this post, I explained about inverter vs non inverter AC.

Technology is changing rapidly. And products become obsolete with time.

So when purchasing a product it’s best to grab the latest one.

Whether it be in any AC, the most important factor to choose in it is the tonnage which decides the cooling power, and the BEE rating that decides how electricity efficient it will be reducing bills. 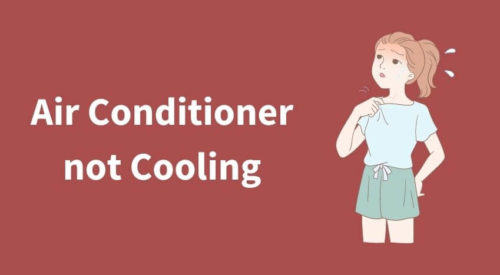 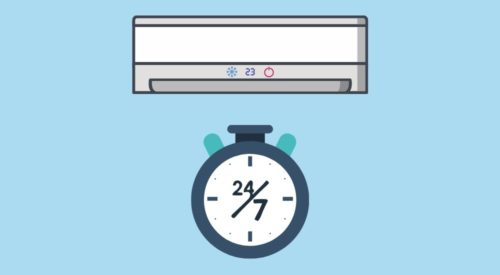