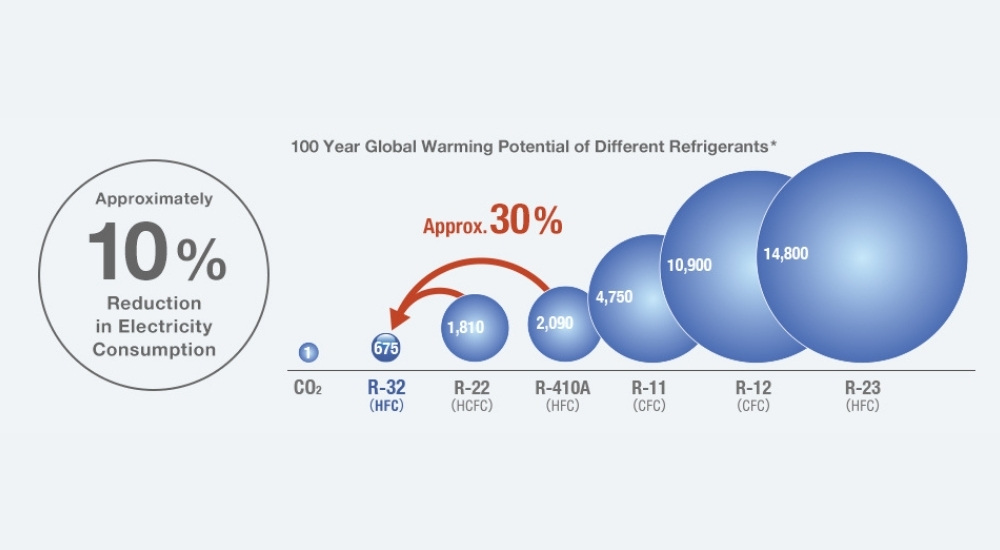 These refrigerants play some part in global warming – heating up of the earth’s temperature leading to several consequences like increasing water levels.

In the next sections, I have pointed out these refrigerants and their differences. But first lets better understand the role of refrigerants.

What is a Refrigerant

It is a compound used in cooling systems like air conditioners.

It is filled inside the coiling of the cooling device. It absorbs the heat from the room inside in case of AC and expels that heat outside.

It works with a compressor and expansion valve to achieve this.

To know more about the cooling mechanism click here.

What harm do Refrigerants cause to our earth?

The early refrigerant that was used in the cooling systems was R12 which damaged the ozone layer that protects us from harmful UV rays.

Currently, in developed countries, no refrigerant is used that depletes the ozone layer but in developing countries like India, it still can be seen in use.

It is also a greenhouse gas that can alleviate the earth’s temperature with time.

Consider a car with closed windows, under sunlight the temperature inside the car increases as the heat gets trapped inside due to the glass windows.

The same goes for greenhouse gases – these are molecules in the earth’s atmosphere that act as a shield that traps heat, with a higher amount of greenhouse gas earth’s temperature increases more. It can be thought of as a car with thicker windows.

This is called the greenhouse effect

Both R32 and R410a belong to the same family of Refrigerants i.e. HFCs (Hydro Fluoro Carbons).

Both do not harm the ozone layer which is very crucial to the life on our planet.

These are greenhouse gases that heat up the earth’s surface. R32 is more environment friendly, R410A is having 3 times more global warming potential than R32.

R410A has high pressure making it difficult to handle. This gas refilling in air conditioners is difficult.

R32 is moderately flammable than r410A and can catch fire under high heat in an open environment.

Daikin was the 1st company to make R-32 ACs.

R-32 can reduce electricity consumption by up to 10% claimed by Daikin.

In AC gas refilling, less R32 is required than R410A and it is easy to handle making refilling cost lower.

Types of Refrigerants used in India

One of the oldest refrigerants used in cooling systems which was the main cause of depletion of the ozone layer.

It was sold under the brand name of Freon. It was a nonflammable and stable compound.

Banned from various countries – both developed and developing.

Was replaced with HCFCs – R22

R22 is less harmful to the ozone and environment than R12 but still causes a threat to life on the planet.

It is banned in developed countries and phase-out plans are there in India.

But still, almost 50% of ACs in India use this refrigerant and old units are available for sale with the same compound.

The main element that depletes the ozone layer called chlorine were needed to be removed from the newer compounds to be used in cooling systems.

Then came HFCs that are free from chlorine atoms. These compounds do not harm ozone but still are greenhouse gas causing global warming.

Indian government plans to phase out this type of refrigerant also.

To make refrigerants more environmentally friendly here comes hydrocarbons that have global warming potential comparable to that of carbon dioxide.

This can be seen as the future of refrigerants to be used in all types of cooling systems and heat pumps.

One major setback of these molecules is that they are highly flammable in nature and can catch fire easily in an open environment.

With techniques, these gases can be used safely.

For the present scenario, R32 is the sure-shot winner.

Being easy to handle, more energy-efficient, and having a lower impact as greenhouse gas this is suitable for use in air conditioners

Buying an air conditioner with R32 would be a better choice. Check recommended AC at Amazon with R32 gas.

Never buy AC with R22 as it will be phased out within a few years. Newer ACs do not come with R22. Only old models are available with this gas that lacks the inverter technology.

More environmentally friendly and newer refrigerants like R290 that may become the ideal choice for ACs are currently used in fridges. 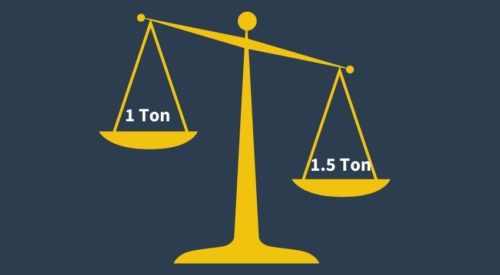 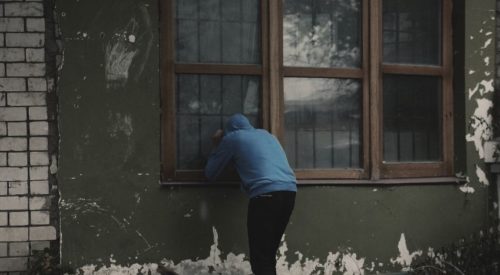 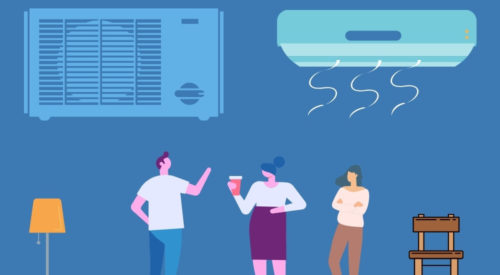