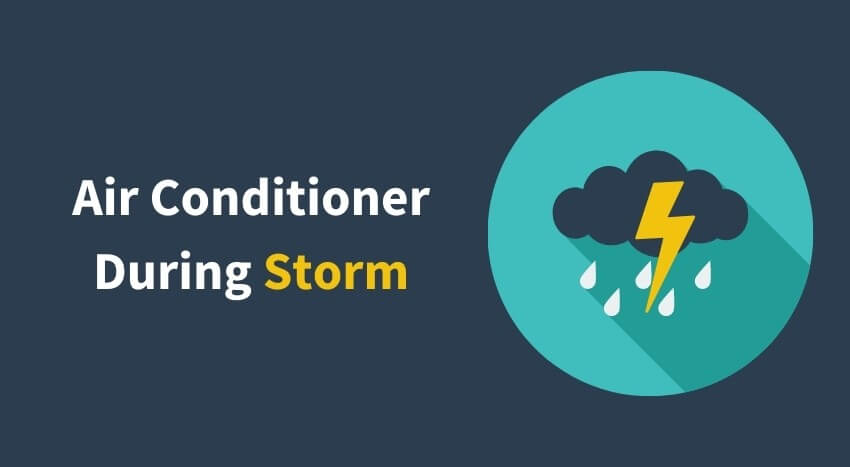 In such conditions, you remain indoors and refrain from going outside.

But what about your air conditioning system and other appliances? Should you use them during such weather conditions.

High Winds during a storm

One common thing to see during a storm is high winds. While high winds do not pose a direct threat to your AC’s outdoor unit.

It is designed to withstand such events but still, it can get affected by dirt, debris, leaves, etc which gets accumulated inside the condenser unit.

Running your AC in such a state can damage it.

It’s best to keep your AC OFF during a storm.

After every storm, it is a must for you to inspect the outdoor unit for any accumulation inside it and get it cleaned.

In case of Thunderstorm

One type of storm which results in lightning in the sky is a thunderstorm.

During a thunderstorm, it’s best to shut down your air conditioning system.

With a thunderstorm, the temperature drops down but humidity goes up.

You may feel uneasy from the humidity but still you should refrain from running your AC in a lightning-prone area like Florida.

As it can damage your air conditioning system.

While it is very rare for your AC to get directly hit by a lightning strike, the more common is a power surge.

It can fry the electronic device or appliance if it was running during the power surge.

Lightning can go about 1 billion joules of energy. Even if your home is protected by surge protectors, these cannot save the appliances from lightning.

Thunderstorms only last for a short period of time. You can handle such a short time without running the AC.

It is always best to keep all devices switched OFF during a thunderstorm.

One case which is the rarest of the rarest is the condenser unit getting directly hit by lightning. If such is the case then any part of the outdoor unit can damage leading to failure.

If you live in a region like Florida where lightning is more common than you should better get your home protected by full-house surge protection.

This will make your home safe from the adverse effect of lightning.

Read More: Should you turn on or off your AC during rain

Hurricanes result in strong winds. These violent winds can uproot trees and other objects.

A Hurricane may result in the piling of huge debris, trees, dirt on your condenser unit.

It can even uproot the condenser unit.

Running your AC is not a good idea as voltage fluctuation is common during such a weather condition.

With the fluctuation in power, the compressor will go ON and OFF frequently putting pressure on it decreasing its life.

After a hurricane ends, check the location of your outdoor unit for signs of debris.

Hailstorm is a very uncommon phenomenon but it happens sometimes and when it does, it brings with it stones made of ice falling at high speed from the sky.

The condenser unit of the air conditioner is prone here as it is being exposed outside.

Most hailstorms cannot damage the outdoor unit much, they may only leave some scratches or dents but some violent hailstorms with huge-sized hails are an exception.

The side which is exposed by fins can only be affected by hails. Fins are delicate and can easily bend on pressure.

Hails can easily bend these fins.

Bended fins will restrict the airflow reducing the cooling efficiency of the air conditioner. The appliance will consume more power to cool the same room.

For most of us, the outdoor unit is placed such that the fin side is facing a wall, this prevents hail from impacting it. 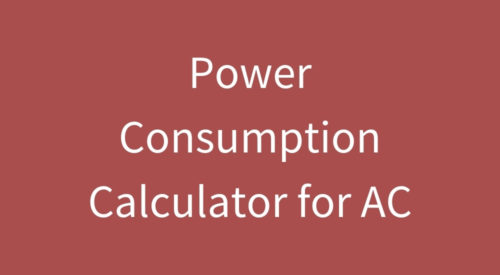 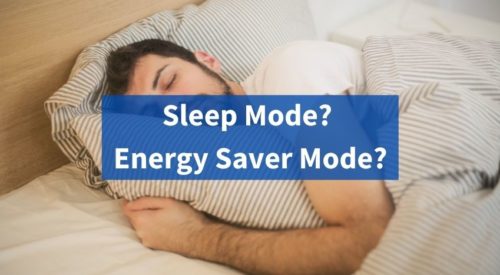 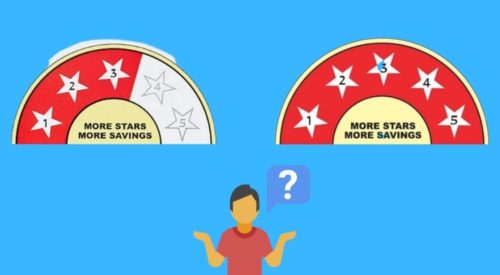